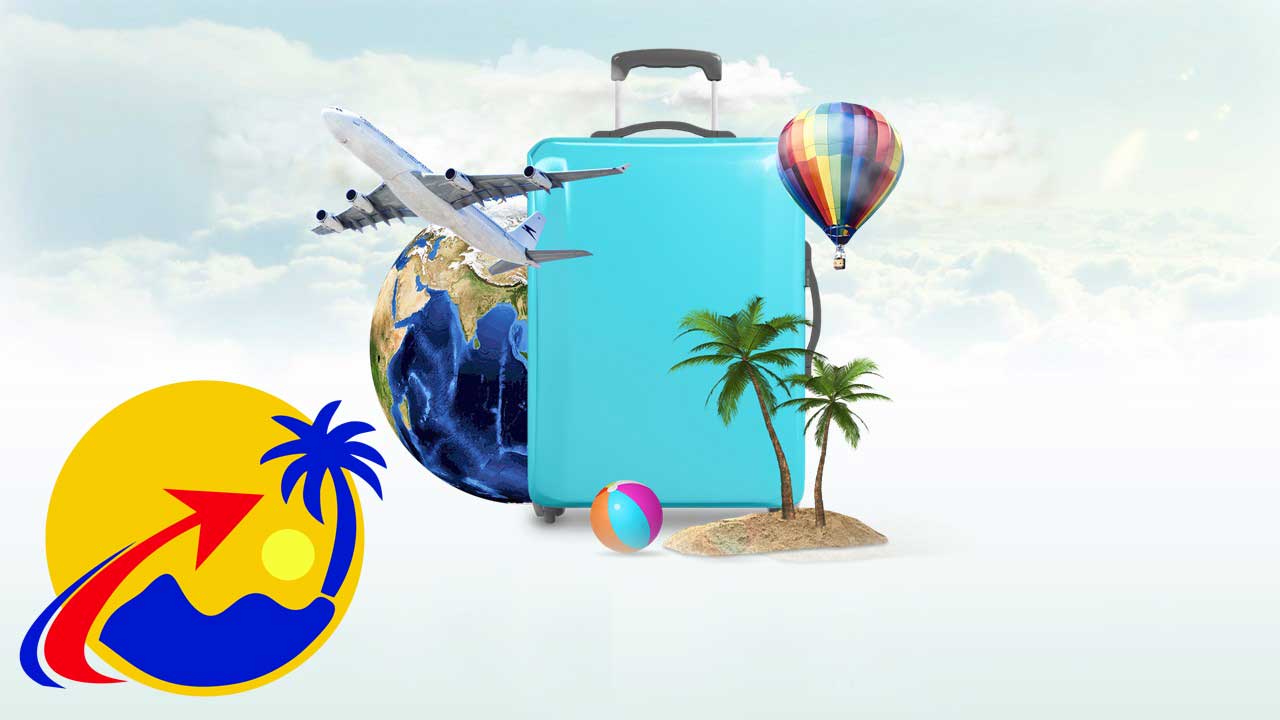 Arrive Chennai, after a traditional 'Swagat' (Welcome) our representative would assist you at the airport & to our hotel for check in. Chennai (formerly known as Madras), is known for its cultural heritage & temple architecture. The region was served as an important administrative, military, & economic centre dating back to the 1st century. The first Westerners were Portuguese, who arrived in the year 1522 & built a port. It then passed on to the Dutch in 1612. In 1639 the British East India Company established a fort & trading post & since then this coastal centre of trade has drawn traffic from all over the world. Today we take a tour of Chennai, visiting Fort St. George, the first bastion of British power in India & built in the year 1640 AD by the British East India Company. Within the Fort we visit St. Mary's Church, built in the year 1680 & oldest Protestant Church in the East. Fort Museum has 10 galleries & displays armoury, old uniforms, crockery & silverware, coins, palanquins, paintings, letters, old prints, etc. Santhome Cathedral, built in 1504, is said to house the remains of St. Thomas the Apostle, who is believed to have visited Madras (Chennai) sometime during 52 AD. National Art Gallery , established in the year 1857, is undoubtedly one of the country's finest museums. It has sections devoted to geology, archaeology, anthropology, botany, zoology, sculpture & numismatics. Kapileshwar Temple, located in Mylapore, the arresting architecture of the Kapileshwar temple is of the Dravidian style. The temple is devoted to Lord Shiva. Overnight Hotel – Chennai (B)

Today we drive down to Kanchipuram, one of the seven holy cities in the country. It was a city of learning for both Tamil & Sanskrit and was believed to be visited by Hsuan Tsang. In ancient times it was called Kachi. Once upon a time it had over 1,000 temples, but today there are around a hundred left. It is also known for its silk sarees. We visit Kailasanatha Temple , built in 8th Century AD. It is built in the typical Pallava style, with a pyramidal tower, a pillared hall & vestibule, enclosed by a wall. The temple is famous for exquisite carvings & attracts devotees & tourists alike. There are 58 small shrines situated around the main shrine, as a compound wall. Fresco style paintings adorn the inner walls of the temple. Next we visit Ekambaranatha, ancient temple is dedicated to lord Shiva. The 57 metres high Raj Gopuram is one of the tallest towers in South India. The 3000 year old mango tree inside the temple has 4 branches each yielding different variety of mangoes. Before returning to Mahabalipuram we visit Kamakshi Amman Temple, built in 12th century AD, as an important Shakthisthalam, known as Parabrahmaroonpini. The main deity is seated on Brahma, Vishnu, Rudra, Eswara & Sadasiva. Overnight Hotel – Mahabalipuram (B)

Mahabalipuram is world renowned for its beautiful Shore Temple & other temples. It was once the main port & naval base of the great Pallava kingdom & was later made the capital of this dynasty. Most of the temples here are dedicated to Lord Shiva & Vishnu. These structures were built by three successive Pallava Kings, between 630 A.D & 728 A.D, who developed the Dravidian style of temple architecture within the short span of a hundred years. The monuments are mostly rock-cut & monolithic, constitute the early stages of Dravidian architecture, wherein Buddhist elements of design are prominently visible. It is known especially for its rathas (temples in form of chariots), mandapas (cave sanctuaries) & giant open-air bas-reliefs & has been classified as UNESCO World Heritage Site. Today, we take a guided tour of Mahabalipuram, visiting Shore Temple, one of the oldest temples in South India. It belongs to the 7th Century AD & is a good example of the first phase of the structure of temples constructed in the Dravidian style. Designed to catch the first rays of the rising sun & to illuminate the waters after dark, the temple ended up with an unusual lay-out. Arjuna's Penance is the world's largest bas-relief. This huge whale-back shaped rock contains figures of gods, demigods, men, beasts, birds. Next we visit Rathas, monolithic temples fashioned as chariots. They remain an architectural mystery, for each is apparently a faithful reproduction of a structure built of wood. In fact, even the grain of the timber beams & rafters has been simulated in stone. Of the eight Rathas, five have been named for the Pandava brothers, the heroes of the epic Mahabharata. Overnight Hotel – Mahabalipuram (B)

Today we drive to Auroville near Pondicherry. The community of Auroville consists of Indian & International residents who aim to develop a harmonious environment through the implementation of the teachings Sri Aurobindo & The Mother. Upon arrival visit Matri Mandir which was designed to be the spiritual & physical centre of Auroville (Temple is opened between 1530-1630 hr). Further drive to Pondicherry, the land of Sri Aurobindo Ashram, the serene world of distinct spiritual vibration & thus renowned as Sacred Land. Upon arrival check-in hotel. Overnight Hotel - Pondicherry (B)

Today we drive to Tanjore, flourished during the rule of the Nayaks & Mahrattas. It has been the treasure house of art for centuries. It is called the Rice Bowl of Tamilnadu. Thanjavur is well-known throughout the world for its exquisite handicrafts like the Art Plate, pithwork, bronze icons, Thanjavur paintings & the classical South Indian musical instruments. Later we visit Brihadeshwara temple, also known as Big Temple, built by Rajaraja Chola I was completed around 1010 CE. This 10th century CE temple, one of UNESCO World Heritage Sites, is a brilliant example of the Dravidian style of temple architecture. The beautiful Chola Fresco paintings on the inner walls of the temple are no way less than Ajanta paintings. Overnight Hotel - Tanjore (B)

Today we leave for Madurai, rich cultural heritage passed for more than 2500 years old & has been an important commercial centre as early as 550 AD. It is the oldest city in Tamilnadu & was originally known as Kadambavanam or the forest of Kadamba. En route Trichy En route we stop at Trichy, which has very historic temples, monuments & churches. It was an important town in the days of the later Cholas, Nayaks as well as during the early days of the British East India Company. We start with Srirangam Temple surrounded by the waters of the River Kaveri and its tributaries. Kollidam is a 600-acre island-town enclosed within the 7 walls of the gigantic Sri Ranganathaswamy Temple. There are not less than 21 Gopuram here in this temple, one of which is the tallest in South India. Later we visit Rock fort. The most famed landmark is an 83m high rock which is the only outcrop in the otherwise flat land of the city. The most amazing fact about the rock is that it is one of the oldest in the world approximately 3,800 million years, which makes it as old as the rocks of Greenland & older than the Himalayas. Overnight Hotel - Madurai (B)

Today we visit to Meenakshi Sundareshwar was first built 2000 years ago & was substantially expanded between the years (1623-55 AD). Initially there was only the Shiva temple. A striking feature of the temple is the astonishing structure known as Ayiramkaal mandapam or the Hall of a thousand pillars in the outermost corridor. Overnight Hotel - Madurai (B)

Today we drive to Periyar (Thekkady), one of India's most fascinating natural wildlife sanctuaries, where one can watch wildlife at close range. The vegetation, the flora & fauna & the birds are uniquely rich, vast & varied that it does not bear resemblance to any other wildlife sanctuaries in the world. Even a casual visitor to this place will not fail to observe the special ecological pattern. The very sound of the name conjures up images of elephants, unending chains of hill & spice scented plantations. The sanctuary is one of the best in the country for watching & photographing wild life. Notable among the inhabitants are the tigers, majestic Asiatic wild elephants & distinctive Nilgiri Langur. In the evening we go for a Spice Plantation Tour. Overnight Hotel - Periyar (B)

Morning At sun rise we take a boat ride to view wildlife in the sanctuary on Lake Periyar. After two hours of wildlife viewing we get back to the hotel for breakfast. Later we drive to Kumarakom. It is a cluster of little islands, on the Vembanad Lake in Kerala. Kuttanad, the 'Wonder Land' believed to have been lying below the sea level, sprang out into the marshes when the sea receded later. The land of lakes, canals & paddy fields, Kumarakom transports you to sheer ecstasy. Furthermore, Vembanad Lake is home to several types of marine life like the Karimeen (Pearl Spotted Fish), Chemeen (Prawns) & Konju (Tiger Prawns). Overnight Hotel - Kumarakom (B)

Today you may visit the Kumarakom Bird Sanctuary. There are two seasons for birds: between October & February there are cormorants, teals, & other ducks & from February to July there are darters (snake birds), night herons, egrets, & Siberian storks. It also has golden backed woodpecker, crow pheasant, white-breasted water hen, tree pie, etc. Later we board the houseboat, locally called Kettuvallam, cruise around beautiful backwaters of Kumarakom to Alleppey to observe & experience the daily life of the villagers along the backwaters. Overnight Houseboat (B, L, D)

Today you will disembark at Alleppey and drive to Cochin , a very popular & historical sea trade connection with Middle East, Mediterranean Europe, Dutch & British. It has one of the finest natural harbours on the Arabian coastline. Its cosmopolitan character is reflected in the buildings & structures representing different regions of the world. Rest of day at Leisure. Overnight Hotel - Cochin (B)

Today we visit the Jewish Synagogue (remain closed on Friday and Saturday), built in the year 1568. It is magnificently decorated by Chinese tiles & Belgian chandeliers. Giant scrolls of the Old Testament can be found here. Also visit the spice market, where the air is filled with the pungent smell of spices and history that brought the world to its doorstep. Chinese fishing nets, (Cheenavala) are distinctly unique to Cochin. It is believed that traders from the court of the Chinese ruler Kublai Khan introduced these nets here. We also visit Dutch Palace built by the Portuguese. In the evening see Kerala's most popular classical dance, Kathakali. Overnight Hotel - Cochin (B)